Can a breast-fed baby sleep through the night? 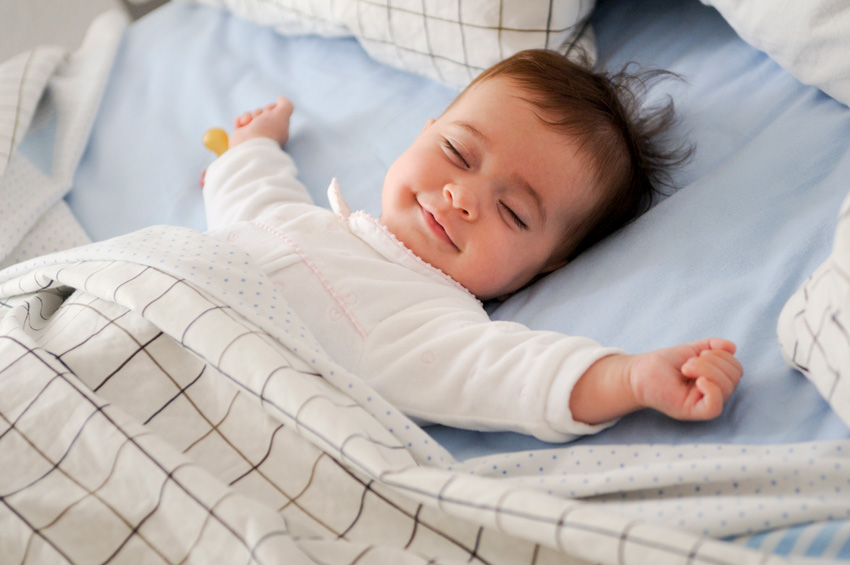 Can a breast-fed baby sleep through the night?

The most common statement we hear when we say that a child between 6 and 9 months, and certainly up to 12 months, can sleep through the night (understood by SleepConcept as 11-12 hours of sleep) is “that baby is definitely not breastfed!” Is there any truth in this remark?

Let’s start with the basics of breastfeeding and recommendations on how long to do it. According to the WHO (World Health Organization) guidelines, breastfeeding is recommended as an exclusive way of feeding newborns and infants up to 6 months of age. Between 6 and 12 months of age, solid foods should be introduced to satisfy the child’s additional appetite and fill the missing iron deposits in his body, but milk should still be the basis of the diet and its intake after solid food introduction should not change drastically. Over the age of 1, solid foods should be the basis of a child’s diet, but according to the WHO, at least up to the age of 2, milk still gives toddlers lots of benefits. The myth that the milk we have 6 months after giving birth is just “water” and the baby does not benefit from it, is not true. Milk has a different function for a newborn baby than for an older baby, but it still has great value.

How does breastfeeding affect night sleep?

Most babies are able to sleep through the night between 6 and 9 months of age, and probably babies fed with formula can reach this stage closer to 6-7 months, and breastfed babies closer to 8-9 months. There is a small group who need one nightly breastfeed until they are 12 months, but this is a minority and usually applies to those who sleep 12 hours per night and have their last feed before bedtime at about 6:30pm so they are not able to last until the morning. The other minority are those who do not eat enough solids, therefore delay the weaning of milk (breast or formula) during the night.

So we are not talking about such a big difference between breast-fed and formula-fed babies in sleeping through the night as parents may think. It is worth noting that many children fed with formula also do not sleep through the night. Changing from breastfeeding to a bottle does not often resolve the problem, and can even complicate the situation, because bottle feeding at night is more difficult than breastfeeding.

What is the secret of sleeping through the night?

The problem is that the baby’s quality of sleep at night does not only depend on feeding. It is also influenced by a number of factors such as the baby’s routine – including both the time and duration of naps, and what time the meals are offered. A good quality diet is also important with the proportion between solid foods and milk, especially between the ages of 6 and 12 months. Furthermore the rituals before nap and night sleep and all kinds of associations with sleep that the child has developed during the first months of life are significant. What’s also important is the sleep environment, such as the temperature of the room or if it is dark enough. Finally the temperament of the child and his/her sleep needs also should be taken into consideration.

As you can see there are many factors and really breastfeeding or formula milk does not justify you getting up every 1-3 hours during the night with children up to 2 years of age. During our consultation, we will not try to convince you that if you want your baby to sleep, you have to stop breastfeeding. The decision when to wean your baby off the breast is entirely yours, and should be based completely on different arguments. Your child can sleep soundly, and you can breastfeed for as long as you want to. To sum up and at the same time answer the question that often comes up – yes, we can help your breastfed baby sleep through the night.

If you have any more questions, drop us a line: contact@sleepconcept.co.uk 🙂