About Frank, a boy who could not sleep – a true story 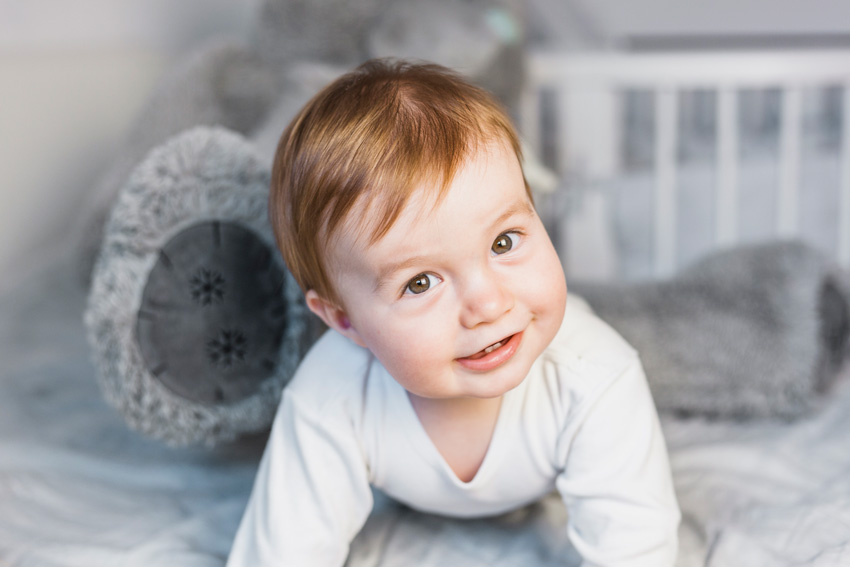 About Frank, a boy who could not sleep – a true story

We are the parents of 1 year old Frank, and SleepConcept has been with us for more than half of this time. The ladies with their patience and understanding are like Angels to us … It’s a very long story, but I’ll start from the beginning…

Frank was born in December last year at 36 weeks- we had already started joking that he would do everything he wanted and he was certainly very impatient, since he could not wait another month. Unfortunately, we were right. Everything was fine until Frank was 3 weeks old. Suddenly, he changed from a sleeping newborn beauty into a little devil. We were not bothered only by colic … We could not leave the house! Frank was screaming during every walk. People passed by and looked at us as if we didn’t care, but in reality we did not know what to do because our little treasure was screaming when held in our arms, in a pram, in a sling, in a carrier – everywhere. When he was 4 months old, we went with him for dinner. There were other families with kids there, the other kids slept – Frank didn’t. We took turns to eat with tears in our eyes, because Frank kept screaming.
We were given lots of advice; to take him for a drive in the car, he will fall asleep – unfortunately he screamed. EVERYONE (also various doctors, because we did not settle with it as it was) said that it’s just the way he is. We were told it’s because he’s a pre-term baby, because he’s little, he’ll get over it after 6 weeks, after 3 months, after 6 months …. He did not get over it. He was always moody during the day at home. He didn’t want to play, we could not leave him alone for a second, he wanted to be held non-stop. We cuddled and cuddled him as much as we could, but sometimes we simply ran out of strength. We looked at our friends’ kids playing on the carpet while they were sitting on the couch talking … It was like a meeting with an alien.
We didn’t know that being a parent could be so challenging. During the day, he only slept in the morning … maybe about 30 minutes. By 6 pm he was ready to go to sleep for the night, but he did not give in to sleep easily. He would take up to 1.5 hours to get to slee and was screaming the whole time. Only walking with him helped, struggling around the room, and quite strong rocking. When he finally fell asleep, he woke up every 2-3 hours, and at 4 am he was ready for a new day. We no longer had the strength. We were beginning to argue with each other because we were too tired. We’ve been together for over 11 years, we became strangers and irritated by each other … Lack of sleep and frustration brought out the worst in us. We were unhappy, but I was sure that our son was also extremely unhappy even though he had everything.

Finally, after 6 months I found SleepConcept and the first step had been taken. First we had a chat on Skype and then we got the Action Plan. Friends and family laughed at us a little, who could come up with a way to teach our baby to sleep … They said things like; eventually, Frank would grow up, and we were only going around wasting money. However, I believed that there MUST have been something that could help us. I knew that what was happening was not normal and it could be changed. My husband was sceptical, but deep down he knew that we had no choice but to try at least to see if there was a chance. We did everything according to the tips and guess what? By only the second night, like some miracle, Frank did not wake up NOT ONCE during the night! When we woke up in the morning (around 6:00am), we were a little scared – how could this be? We slept all night?! Frank was more cheerful and calmer after waking up. Day by day everything was getting easier. We went from a few short naps, to two two-hour naps!
Suddenly I started to eat normally and I could even clean the flat. It was also a great surprise that I was able to GO SHOPPING!
Finally, I could buy bread with my child, then dinner and then also cook the dinner. It might sound strange, but I really missed doing such things after 6 months break. The screams while going for a walk or going for a drive were over … It was PERFECT! Frank was waking up at 5am, but he slept long during the day – it was a miracle for us. For some time…

In a forum, I got into a discussion about putting kids to sleep. One of the mothers, having learned that I was using sleep counselors, but having no idea what it was, started to flood me with articles on how letting the baby fall asleep alone is harmful, how much I took away from my child by letting him sleep in a cot, etc.
I was at the beginning of my second pregnancy and probably the hormones were kicking in … The next day I ruined everything. I started to put Frank to sleep in my arms, despite the fact that he did not look very pleased with this, he cried, falling asleep took much longer than in the cot. Naps were getting shorter, falling asleep longer and longer, waking up in the morning was getting earlier. Everything started to fall apart. Frank stopped eating solid meals (and he really eats a lot!), he returned to drinking pints of milk during the day and night. Along with continuous whinging. After 2 months, I realised that because of a stranger who didn’t even know us, I destroyed something that we worked so hard for … I wanted to do well for my child but I did bad.

So we contacted SleepConcept again – as we thought maybe something could be improved? We set a different plan of the day, because Frank was older. After a short consultation, we were back to peace – longer sleep, longer naps, contentment and smiles during the day. However, crying while sleeping did not stop. We wondered if he would get over it – “maybe Frank is just that way?” In the end, we decided on another short consultation and 2 weeks of text message support to keep up to date with the girls and … we managed! Frank is now sleeping wonderfully relaxed and falls asleep in just 5 minutes. Believe it or not, we also manage to lengthen the night’s sleep to 7am :), so we can now say that he sleeps 12 hours NON-STOP.
There are no wake-ups for milk at night, he eats solid meals beautifully, we spend wonderful moments together while having fun and going for walks. Frank has more patience, he can find something for himself to do when I’m preparing dinner, and we can finally hug him without a fight.

I think that after six months I can safely say that the girls from SleepConcept saved our marriage and also showed me how wonderful motherhood can be, because without their advice it was really very, very hard. Today, we know exactly what our baby needs as we can predict his behavior.
Of course we have our weaker days, but we have never been left without help. I can always be sure that if I have any problems, I can write and receive support.

We really thank you very much. Your patience and understanding is unbelievable. When you help us, we get the impression that you are next to us and you see the whole situation exactly as it is without judgement. I don’t know how you do it.

We believe that crying always has a cause and it is really worth looking into it regardless of the opinions of people around us. It is certainly not easy, but worth every minute and every penny devoted to it. Let’s not wait until the child “grows up”, let’s help him/her and ourselves. I have heard more than once that I am comfortable and lazy because I want my child to sleep. Well, the need for sleep is one of the basic needs of human life, so I am not comfortable without it, I’m just trying to survive.